We wanted to feature this particular speaker as it has become a favourite toy of ours! Having enjoyed using it so much ourselves, we have subsequently bought more for friends, as gifts for 40th Birthday celebrations. The Ultimate Ears Boom 2 has really impressed us and excited our friends too so we thought it was worth sharing with you!

The UE Boom 2 is a compact, lightweight Bluetooth speaker that has been designed with outdoor travel and durability in mind.  It is built to withstand knocks, drops and it’s exterior is both water and stain resistant.  The full 360 degree sound and loud volumes that can be gained make it perfect for pool side entertainment and parties, just remember unlike its big brother this model doesn’t float.  The speaker comes in a selection of vibrant colours and hosts more useful features that are expanded with the optional but freely downloaded UE app. This is explained in more detail in the review below.  The Boom 2 isn’t the latest offering from UE, but is still a really great travel speaker for the money when considering its half the price of the newer Boom 3.

WHY BUY A PORTABLE BLUETOOTH SPEAKER

You would be forgiven for thinking that these days, we don’t need portable speakers anymore.  After all, it’s so easy to log in to wi-fi and stream music through your phone, tablet or computer.  This is precisely why you would LOVE a good portable speaker!  While music and podcasts sound reasonable through your phone, they sound great through a speaker!  We find this one is so convenient around the home or for taking on holiday, as it is compact and it fits nicely in your bag, or luggage. After researching the options, I bought ours a couple of years ago just before a holiday abroad with friends.  Everybody was fighting for the chance to play their music through it, which turned the villa into a party place! I’m pretty sure a couple of the guys went away to purchase their own afterwards!  Since then, it has been great to pack for any night away, as getting ready to go out for a rare night away is so much more fun.  We’ve taken it camping, to the beach and the kids love having their chance to play with it too. It’s nice to have a back up speaker, for children’s parties in village halls, outdoor music at a barbecue or even just to liven up your parent’s house when their house is still in the stone age!

First and foremost, the sound quality is really great!  This is after all the most important feature, as if it sounded poor, nothing else would be relevant enough to make it a worthy product!  We know from looking at other reviews there have been the odd comment on the bass level distorting slightly, you can hear this on some songs if you listen carefully at very high volumes but to be fair that can be said about most portable speakers of this size on the market.  We have to say this has never been an issue, for its size – this speaker punches above its weight when you take into account its modest size!  Logitech are a well known and trusted brand – perhaps not for speakers – until now.  The sound is clear, and the volume is certainly powerful enough to fill a medium room, or use outside.  This is partly down to the shape of the speaker, which being cylindrical, allows the sound to emit a full 360 degrees at an even volume level in all directions.

When unpacking the Boom 2 Speaker, you can’t help but be impressed by the thought that has gone into this product, even down to the packaging.  While the box may be slightly larger than necessary it does looks great when you open the case.  Its worth noting that I wouldn’t necessarily pack the hard case for a trip abroad, especially if your trying to squeeze everything else as carry on for a trip abroad, as it would probably mean going without that second pair or shoes or your washbag!  Everything has its place, is accessible, easily put together and ensures you can quickly spot any missing accessories. This speaker has a minimalistic design with only 2 visible volume controls (+ & -) and is not overly showy, it does however look impressive at the same time and doesn’t look out of place in most environments.  The power button is discretely located on the top of the device, alongside the easily missed ‘bluetooth pairing button’, both of which are activated by holding down for a second or two.  The only other external features to note are found in the base, not the best location as it means the speakers must lie on its side whilst they are being used.  The first is the Micro USB charging socket and second is a standard 3.5mm audio input which is useful if your playing from a non bluetooth device such as on older gen iPod.  Both these plugs have a semi waterproof plug covers and are located either side of a detachable d-Ring should you need to securely fasten in from the ceiling to ensure it can be heard by all! If the d-Ring is removed by fully unscrewing it reveals a standard camera mount should you require another method of fastening.

The design is neat, compact and feels nice to handle – giving a good grip, easily held in one hand, and light-weight too.  One other aspect is it’s robustness.  As mentioned above, we have had our original one for quite some time now which has certainly been on some travels, but still looks as good as the day we bought it and we have had no problems!  The UE Boom 2 comes in a huge variety of colours now, which are great – too many to list, but a classic – black still looks good and this has been our choice of colour. It is waterproof, which is really handy as it lessens the concern that it could get damaged somehow when you are outdoors, or indeed by children wherever they are!  A few spots of rain would certainly be fine, but should your bottle of water leak while it is in your bag, there should still be no need to worry, which is a big plus!  That being said, I would try to avoid letting the kids throw it in the bath or pool as unlike the MegaBoom it will sink!  I find it hard to believe it would survive unscathed – but by all means please let me know if you have been brave enough to do this!?  As it is connected to your phone via Bluetooth, you can also use it when making calls as a Speaker Phone although you will need to speak into the phones microphone.  This can be quite useful, if for example you were already listening to music through the speaker while preparing food, if someone calls, it automatically comes through the speaker.  Something to remember if you are playing it at a party though!  Probably worth keeping your phone to hand just incase a call comes through and you are in company!

The UE Boom 2 boasts an impressive 30 metres bluetooth proximity connection from speaker to source, obviously this will be affected somewhat by your surroundings i.e multiple thick walls might alter that figure. More recently there has been some newly released firmware that enables the “PartyUp” feature which allows a person to pair the 150+ UE Boom, Boom 2, and MegaBoom speakers, and have them all playing music from a single source should you want to make a statement or really upset your neighbours. This feature is enabled via the app which is available for both Apple & Android, the app additionally provides equaliser control for the speakers as well as a fairly basic alarm There are a couple of extra features which are not widely documented, the first being the ability to tap the top of the speaker to trigger playing instead of on the controlling device, a double tap will skip the current song. This is very useful if you want to quickly skip a tune without having to unlock your phone but it doesn’t work with all attempts when the speaker is on a surface but is more successful when being held. The last and possibly more useful feature is the almost hidden ability to check the battery level. This is simply achieved by pressing both the + & – buttons at the same time, the battery level will then be read out.

The speaker is cylindrical in shape measuring 18 cm × 6.5 cm (or 7.1″ in × 2.6″ if your prefer talking in inches), which you could say resembles the size, shape and weight to a near empty can of beer, weighing 538 g (19.0 oz). The fabric portion of the speaker is coated in a water- and stain-resistant material and to continue this theme the remainder is covered with rubber – a well known and classic material with high water resistance. Everything else contained in the box is absolutely not water proof so don’t take up the manufacturer’s challenge before removing all other items!!  The USB to Micro USB cable contained in the box stretches out 122cm (40 inches) long which makes it simple to charge.  On that subject of charging, the manufacturer states the non-removable Lithium-Ion battery should play for approximately 15 hours, this might be achieved if played constantly at a low level over dinner but does drop to 8-12 hours when played at medium to high volume – which is surely to be expected, this would certainly outlast myself at a party!

I think we have made it pretty clear that we like this product.  The price is below what you would expect for a decent bluetooth speaker, now available for under £100 we think this rugged offering beats most of its competitors.  As already stated, it makes a really good present for almost any age.  As long as the recipient is capable of using their phone or ipod, you can’t really go wrong!  Its important to highlight there is the newer model ‘Boom 3‘ released and the larger Megaboom 3 which have a few updates which we will be reviewing very soon but the price hike will take it up to an eye watering £120 for the boom 3 & £170 for the big brother! 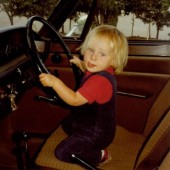 Ben writes for Chillydown in his free-time, while continuing to work long hours in his Full-Time job in Visual Effects at a Post Production company based in London. With an impressive string of films in his showcase, he has a natural attention to detail and perfectionism, as well as taking pleasure in producing fantastic imagery with the rest of his highly talented team. Ben has always enjoyed having multiple projects on the go, and loves to investigate and doodle his way through commuter journeys. There are many little black notebooks filled with his ideas and designs! His time at University gained him an MA in Computer Animation and before this a Masters in Industrial Design (MDes) and his interest in Product Design still grows. While enjoying the design elements, Ben is also very much a hands-on creator and takes pride in turning his hand to almost any given task involved in re-fitting the house and garden. With a lack of much spare time out of work, sometimes these projects take months to complete, but you can't drive out his passion to get the perfect end result. Chillydown has been a great place for him to focus on reviewing products and sharing some of his ideas with you.